How can we gather stories from constituents? 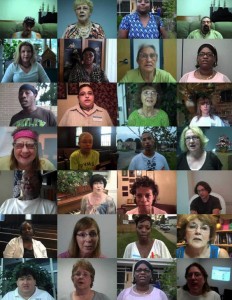 You can gather stories for any number of purposes: to recruit supporters, to get people to sign on to a petition, to take the pulse of the community where you work. But even if you believe in the value of storytelling, your constituents may not. Following are some solutions to challenges you may face.

Get support from your group’s leaders.

If people in your organization aren’t sold on the idea, then gathering stories will be more like wrangling cattle and less like a night around the campfire. To overcome this barrier, try to get the endorsement of leaders in your organization. Demonstrate the value of stories by the power of example—point to any of the groups in this guide. To give skeptics an example that’s closer to home, try doing a test-run yourself with a story or two.

When asked for their story, many people will start out by protesting, “I have nothing to say!” One way around this is to look for low-hanging fruit. Is there someone who has a readymade story that can serve as an example? Alternatively, try coaxing a story out of one of the more reticent people. It can help to make it a fun process—take him out to lunch to get background, or ask her for photos that will prompt her to recollect. This will encourage others to take part.

“Anyone who has lived to the age of eighteen has enough stories to last a lifetime.” —Flannery O’Connor

Some people are intimidated by video; others may not like the sound of their voice. Offer different media options for people to tell their stories, whether it’s on video, in writing, or via a toll-free call-in line. Allow stories to be posted anonymously or under a pseudonym. You might also want to be ready with a diverse group of story gatherers; some people might prefer to tell their story to someone who shares their gender or background, or just someone they feel more comfortable with.

Some people may not want to go public with their story for fear of retribution or because it’s very personal but may be willing to tell it through some other means. You could have actors portray your storytellers; for example, the Chicago theater group Erasing the Distance stages theater pieces based on conversations with people with mental illness. Other ways to protect the identity of the subject of a story are to change the name, age, gender, or other details; or to create a composite character. In that case, honesty compels you to state that’s what you’re doing.

Use the techniques of theater and fiction to overcome people’s reluctance.

A growing number of documentarians are incorporating fictional elements into their films says filmmaker Adele Horne. They may invite their subjects to perform or make up stories. “This allows for deeper truths to emerge—not just actions of daily life, but the workings of the imagination, dreamlife, psychology, or subconscious,” she says. “I worked in this way on my film And Again, organizing and filming a theater workshop that invited local people who live in the economically depressed region around Playas, New Mexico, to tell the story of their town. I was struck by how much more sadness and anger came out in the theater workshop than I had heard in the dozens of hours of interviews I had previously recorded.”

It’s one thing to try to encourage people who are reticent or make it easy for people who have a tough time expressing themselves. But it’s another to try to pressure people to tell their stories. Much as you may believe in the power of storytelling, not everyone will agree. Respect their wishes to not share their story.

StoryCorps has recorded the stories of tens of thousands of Americans from all walks of life and shared selected stories through books, animated videos, and public radio.

They’ve had some help. Every year, StoryCorps partners with hundreds of nonprofits to record stories that those groups can use in their programming and that help StoryCorps fulfill its mission to “provide people of all backgrounds and beliefs with the opportunity to record, preserve and share the stories of our lives.”

The group is serious about inclusion, reflected in its initiatives working with veterans, LGBTQ people, Latinos, African-Americans, or people with serious illness and their families.

Partner groups put their stories to many uses. In Chicago, Affinity Community Services hosted an evening of story sharing called “Queering Black History,” which was documented in a comic strip by a local artist. The Disability Visibility Project shares stories of people in the disability community on its website, including some to mark the 25th anniversary of the 1990 Americans With Disabilities Act. Native American community elders went to the Maidu Museum in California to record their stories, which were then published in News From Native California.

Some nonprofit partners record their stories at StoryCorps’ mobile booths; at stationary booths in Atlanta, Chicago, and San Francisco; or on portable equipment at hospices, hospitals, and libraries. Still other stories are now being recorded on the StoryCorps.me mobile app or using the organization’s DIY guides and other downloads.

Much of StoryCorps’ programming is free of cost to partners that fit the organization’s mission and are dedicated to collaboration; for a fee, StoryCorps also offers custom services to other projects.