Are stories any match for tough social problems? 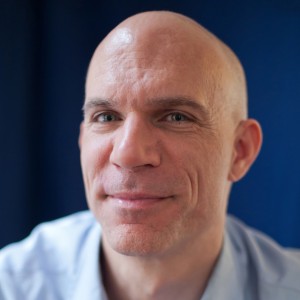 Just think of yourself for a moment: How likely are you to change some belief of yours? Will you change your opinion on guns, abortion, pollution, health care, homelessness?

Let’s say your beliefs do change on one social issue, say, homelessness. How likely are you to do something about it, given that you’ve got limited time and money?

Even if you donate to a homeless organization, how equipped is that group to combine everyone’s support to make a substantial change? Is it part of a movement that can face up to the larger economic forces that make people homeless in the first place?

There are material conditions you’re trying to change. The hunger and hard sidewalk that your local homeless person encounters every day—that’s physical. So is the violence many women face, or the climate change that threatens us all. That’s not to mention things such as mental-health care and religious freedom, which are no less real for being less tangible.

You write in order to change the world, knowing perfectly well that you probably can’t, but also knowing that literature is indispensable to the world.… The world changes according to the way people see it, and if you alter, even by a millimeter, the way…people look at reality, then you can change it.
– James Baldwin

Those hard truths seem like a pretty tough match for something as quaint as storytelling. And yet, our beliefs, our stories are what govern our actions on all these issues. Change the story, and you change the world. That’s the theory, anyway.

There is a seductiveness to storytelling. It appeals to the obsession with technology and media that many of us have. You make a video, put it online, and get some views and comments. What’s not to love? Besides, it seems so much easier to “change the story” than to “change the world.”

Stories may govern our actions in the physical world, but the relationship is two-way. Our material needs influence the stories we tell. Problems with the food supply may have contributed to the rise of Nazi ideology or to the anti-Tutsi hatred that peaked in the 1994 Rwandan genocide.

Or consider more everyday circumstances. If you want but are denied a seat on the subway or a promotion at work, might you not tell yourself stories about the people who get those seats or those jobs? Regardless of whether those stories have some truth to them, the point stands: The material world and the stories we tell about it are interrelated.

Still, in order to make any change, people must join together. They must talk with one another to figure out what change they want to make and build relationships to do it. And those relationships are conducted in no small part through stories.

Seen in this light, storytelling is not just a form of publicity but also a means of organizing. It’s not just you telling a story to a passive audience, such as making a web video that induces viewers to chip in a few bucks to your group. (Though that’s valid, too.) Rather, storytelling goes in all directions. People respond to your stories, they may contest them or mash them up, they may build solidarity by sharing their own stories through an exchange that you organize.

Storytelling of this sort is a creative endeavor. Every time we tell a story, whether it’s when making a speech or taking pictures, we create something. We discover ourselves and each other, and what we can accomplish together. Sometimes the stories we tell are the change we make, and they change us just as much as they change the audience. By creating, we stay hopeful and strong, we testify. That’s every bit as important to social change as are the discrete tactical matters of targeting audiences and testing messages.

A single story won’t change the world. But the practice of storytelling might alter its course by a millimeter. Changing the world through stories is as hard as by any other means. It’s not magic, it’s not fast, and it’s not easy. But it’s essential.