How do we balance short and long-term storytelling? 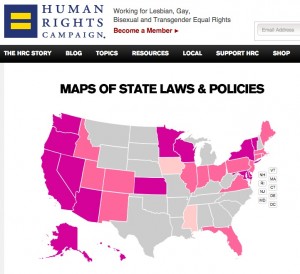 President Franklin D. Roosevelt faced this very problem when building support for his strategy in World War II. Speaking of his “fireside chat” radio broadcasts, he said, “I want to explain to the people…what our problem is and what the overall strategy of the war has to be…so that they will understand what is going on and how each battle fits into the picture.” The president was confident people could “take any bad news right on the chin” if they understood the big picture. (Cited in Discovering the Activation Point, by Spitfire Strategies.)

Maybe your organization is fighting a war of its own. But if you’re always busy with details such as grant reports or social media, you may lose sight of the larger struggle. Following are some ways to avoid that.

Roosevelt had a clear objective—to win the war and defeat fascism. But is your long-term goal so clearly articulated? Communications expert Andy Goodman says that in order to move someone, you must supplant the story they have in their minds with a new story. Taking capital punishment as an example, he says most people believe in the principle of “an eye for an eye.” “As long as they have that story in their mind, you’re not going to change their opinion. But the Innocence Project came along in the 1990s and said, ‘We have executed innocent people, are you okay with that?’ And the vast majority of people would answer ‘no.’ So the Innocence Project said let’s slow things down before another innocent person is executed. That changed the story.”

Keep your eyes on the prize, hold on. – Folk song, Mavis Staples version. Adapted from “Keep Your Hand on the Plow,” sung here by Mahalia Jackson

Determine your big narratives vs. your smaller messages.

What are the big values or “narratives” animating your work? People of all political stripes have overarching frames, or narratives. Alan Jenkins, director of the Opportunity Agenda, says that one anti-immigrant narrative is “scarce resources”—we’ve got only so much to go around, and we can’t have every immigrant come in and take our jobs. The Opportunity Agenda has worked with advocates and policymakers to develop pro-immigrant narratives of upholding our nation’s values and moving forward together. Jenkins says these larger narratives may yield such messages as “We can’t deport 11 million people. We need to move toward solutions that are actually going to work.” Such a “practical solutions” narrative cuts across many issues, from immigration to criminal justice to the economy. What is the overarching story of your cause?

Are you working to help pass a ballot initiative in the next election, or are you looking to effect a big cultural change over the course of many years? Consider your time frame and plan accordingly. Brett Davidson of Open Society Foundations cites the example of the marriage-equality work of the Human Rights Campaign, which he says did “a great job of highlighting small or interim victories and featuring individual stories at the heart of these battles, while maintaining a clear long-term vision.” The HRC’s website featured stories of victories and setbacks in individual U.S. states, as well as maps and other tools to show the big picture. Now that the Supreme Court has affirmed marriage equality nationwide, the site addresses U.S. adoption laws and also marriage laws in other countries.

Alan Jenkins of the Opportunity Agenda says it may be tempting to use short-term messages that ultimately undercut your long-term “story” or goals: In California, one campaign argued that undocumented immigrants should have health-care access lest immigrant nannies get tuberculosis and infect the kids they take care of. “That message moved some people in the short-term; but it also ran counter to the overarching message that immigrants are part of us.” Advocates realized the damage this message might do and shifted to say that removing barriers to health care is important “so that everyone can participate and contribute to a thriving California.”

Consider slowing down and just talking.

Sometimes you want to create a sea change on a charged social issue, such as abortion. If that’s the case, there’s evidence that urging people to take action may cause them to dig their heels in. Aspen Baker of Exhale, a group that addresses people’s emotional health after abortion, says in a TED talk that she helped develop a “pro-voice” practice of talking about polarized issues; the practice aims to speak of people’s experiences rather than of right and wrong. In this approach, storytelling is used not so much to advocate for some narrow legislative change but to break the logjam on a contentious issue and make way for the possibility of change.