How do we tell compelling stories about boring topics? 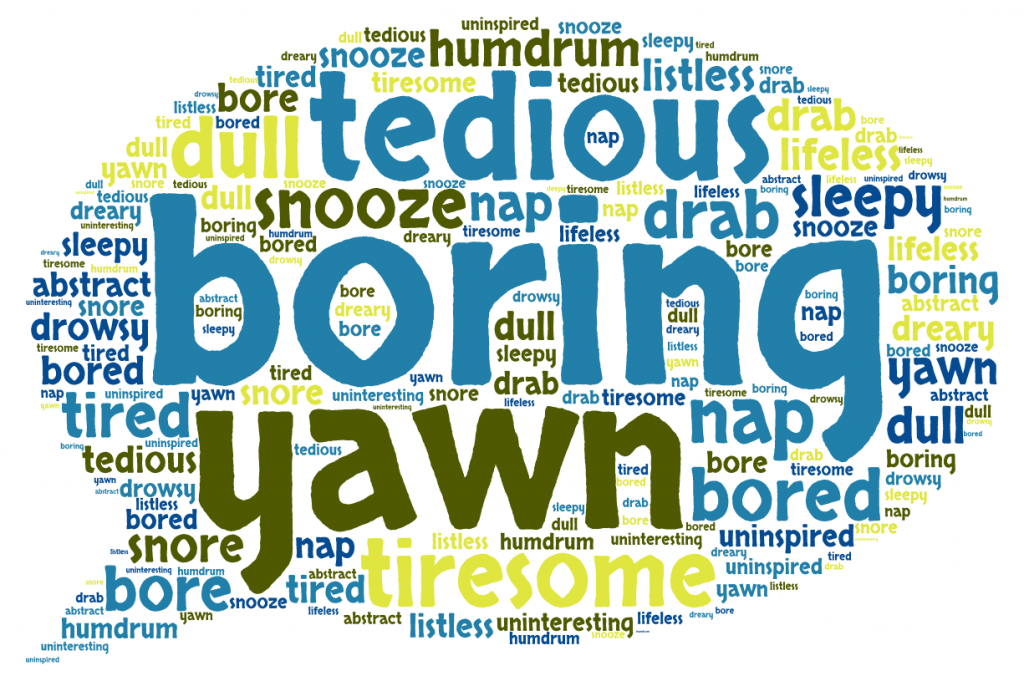 Some issues just seem to lend themselves to compelling stories—immigration, education, human rights. Other issues—such as national security, internet freedom, or campaign-finance reform—are trickier. They seem boring, abstract, or complex.

There is nothing inherently boring about any issue. National security, internet freedom, and campaign-finance reform are critical to anyone who wants to live in peace, use a computer, or have their vote count. Which is to say, nearly everyone.

Think of story as a mnemonic device for complex ideas. – Annette Simmons

What turns a lot of people off about stories on such causes is they feel powerless or disconnected from the issue. There are different fixes for each of these problems.

Reconnect with your own motivation for being involved.

If you spend your days preparing budgets, going to meetings, and typing emails, it’s easy to drift away from the heart of your work, no matter the issue area. Ask for the stories of people your organization works with. Or take some time to write a story of the path that led you to your work. Or read some mythology. Poverty, democratic governance—these are towering challenges that are equal to the greatest myths.

Look for the people behind your issue.

People are at the heart of every social issue; issues become abstract only when we cover them up with policy or technology or the law. Return to the human heart of the cause you’re dealing with. “Ask yourself: Who’s involved and who has something at stake?” says communications expert Andy Goodman. “Many nonprofit stories are boring precisely because they’re about an organization, issue, place, or thing—everything but real people!” When This American Life teamed up with NPR News to explore the housing crisis, they didn’t just talk about numbers. Instead, they went and got stories from a long chain of people that led from Wall Street to Main Street; the resulting episode, “The Giant Pool of Money,” uncovered how the crisis happened.

Focus on what you need people to understand.

No doubt, campaign-finance law is a complex business. Fortunately, however, legislators and policy analysts and legal advocates are pretty much the only people who really need to understand the details. The rest of us just need to know how powerful interests are all but buying elections, and the voice of the individual voter is harder and harder to hear. Those are the stories you can focus on. If there are intricacies of the law that your constituents must grasp before taking action, those details too can be embedded in stories. For example, consider how the Opportunity Agenda used archetypal characters to get to the heart of the home-foreclosure crisis in a three-minute video called “American Banksters.”

Jargon can be convenient shorthand within an organization, but use it with most any other outside audience and you might as well give them sleeping pills. Excise jargon from your writing by following these three tips. First, use the Communications Network’s Jargon Finder to strip your stories of any technical language or cliché, and check out the free guides of the Plain English Campaign. (That group’s Gobbledygook Generator is also good for a laugh.) Second, have an outside reader or listener scrub your stories clean of any jargon or language they don’t understand. (Have that person excise cliché while they’re at it.) Third, read your story aloud and revise language that sounds awkward.

Let people identify their own connections to the cause.

Maybe your audiences don’t see how your stories relate to them. If a few suspected terrorists get tortured in the name of national security—what does that have to do with me? Your job is to reveal that connection to your audiences or enable them to make those connections on their own. President Obama solicited people’s stories about the importance of health-care reform in their lives, and many thousands responded. This story-gathering process had several benefits. It helped policymakers understand better how people related to health care and how to craft the reform bill to meet people’s needs; it yielded a collection of stories that could be used to persuade skeptics; and it built a huge email list the administration could draw on to enlist volunteers to rally even more support. Nonprofits and funders can take a page from this playbook.