How can we use fiction in our work? 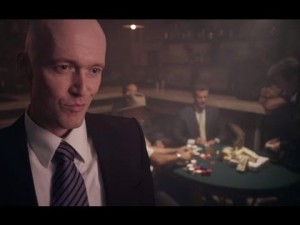 In fiction, one can change the world with the stroke of a pen. You want a world where no one goes to sleep hungry every night? Write it. Or you want a time-travel machine and teleporters to go visit friends across the eras and around the globe? They’re as close as your keyboard. You don’t even need a writing instrument, for it’s all in the reach of your imagination.

Consider protest novels such as Uncle Tom’s Cabin, The Jungle, or Native Son, which were no less influential—or perhaps were more influential—for being fictional. And what of more fantastical stories? The slow machinations of the courts are captured in Jarndyce and Jarndyce, the case at the center of Charles Dickens’s Bleak House, and an arbitrary justice system does its terrible work on Joseph K. in Franz Kafka’s The Trial. One of the defining texts of the early years of AIDS in the United States—Tony Kushner’s Angels in America—was a “gay fantasia” that involved a visit from the ghost of Ethel Rosenberg.

I wish, instead of looking for a message when we read a story, we could think, ‘Here’s a door opening on a new world: what will I find there?’ – Ursula Le Guin

The attraction of fiction lies partly in its resonance with the fantasies we are all creating by the minute. Every time we imagine how life will unfold, or what would have happened had we made another choice that one day years ago, or anytime we paste together memories to create a bigger picture—these are fictions. And yet they are real. The invisible workings of our memories and imaginations are just as real a part of life as are an alarm clock or a broken bone.

We spend all of our time in our imaginations, and imagination is not, as John Guare has his character Paul say in Six Degrees of Separation, something outside ourselves, but “the passport we create to take us into the real world.”

Following are some ways to use that passport.

Tell stories that convey the essence of your cause.

If you don’t have a nonfiction story that encapsulates your social struggle—or even if you do, but you want to go at it from another angle—create a fiction that does. Consider the Opportunity Agenda’s short video “American Banksters,” which used archetypal figures such as the huckster and the cardsharp to tell the story of the home-mortgage crisis and what viewers could do in response. A progressive Australian group called GetUp! advocated for marriage equality through a short video love story with fictional but plausible characters. (They also have a nonfiction video starring twin brothers, one gay and one straight.) Likewise, an animated video from a French campaign for AIDS prevention told the story of one young man’s search for sex and love. You might use in-house talent or outside writers and producers to create such stories.

Leverage pop culture stories to spark action on your cause.

As discussed in the chapter on piggybacking on pop culture, social change groups can use TV shows, films, and novels to their benefit.

Create or join a book club or movie club.

When we write, we try to get at the truth through the lie of the story. – Laila Lalami

A book or movie club can deepen your inquiry into social issues. Goodreads offers popular titles for such clubs. Your local film society or Netflix queue might yield ideas for movies to watch. Meetup.com offers a means of recruiting members for a group (and offers organizing tips for a meeting). And local bookstores and libraries can be a source of book suggestions, meeting spaces, and publicity. If a novelist or film director lives in your area or is visiting while on tour, ask her to speak to your group. The organization Sea Change, with a mission to transform the “culture of stigma around abortion,” helps people form reading groups to discuss its nonfiction book Untold Stories: Life, Love and Reproduction. Other groups can form reading clubs around fictional books.

Start a writing group or workshop.

Regular practice helps writers explore their own lives and make connections with one another. Some groups give readings of their work or produce chapbooks. The effect can be therapeutic and galvanizing. The NY Writers Coalition places writing instructors with programs and organizations in New York City that serve those who have been “historically deprived of voice in our society,” including veterans, immigrants, people with disabilities, and former prisoners. (Listen to a podcast about the writing group composed of formerly incarcerated women.) For organizations outside of New York City, try finding a volunteer facilitator from a local college or creative-writing program.

Use writing prompts relevant to your group.

To explore your cause and have fun, use writing prompts such as the following:

In each of these prompts, encourage writers to get specific: What does your monster look like? How would you exorcise your ghost?

Partner with groups that produce stories.

Chances are, there are professional storytellers in your community that deal with social issues. Look to your local theater company or other storytelling group for opportunities to work together. For example, Cornerstone Theater Company in Los Angeles creates site-specific plays on social issues such as hunger or the plight of day laborers. From start to finish, the company collaborates with the people it portrays onstage and the community at large, such as through diverse “story circles” that generate material for plays; public readings; acting casts made up largely of community members; and post-show discussions. Not all partnerships will be so involved, but social-change groups might do lower-key collaborations, such as asking local theater companies to partner on hosting a post-show discussion.