What are the ethics of storytelling? 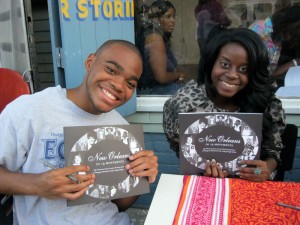 Organizations that tell stories are exercising power and influence. It is precisely because of this power that groups face ethical questions concerning their storytellers and audiences. Wrestling with these questions is not just an exercise in political correctness. It can prompt an organization to better understand the causes of social injustice and get better at responding to them.

Who tells the story, and how is she represented?

If you work on criminal-justice reform and you tell only the stories of prison guards, or only of white prisoners, you may be replicating power imbalances that contributed to mass incarceration in the first place. Your communications strategy may call for some guards’ stories to be told. But if that strategy excludes the voices of people most directly affected by a social problem—you may want to rethink your strategy.

Then there’s the matter of how your storyteller is represented. If she is sharing her own story unmediated—such as by uploading it directly to your website—she is telling her story the way she wants to. If, however, you’ll be editing the story before sharing it, then the principle of informed consent (see below) suggests that your storyteller deserves to know this.

“Until the lions have their own historians, the history of the hunt will always glorify the hunter.” —Proverb cited by writer Chinua Achebe

Some organizations give their interview subjects an opportunity to revise or reject a story before it gets distributed, to make sure they’re satisfied with it. That’s relatively easy if you’re dealing with a blog post or short audio piece. It’s much harder if you’re talking about a film, in which case it could cost time and money to make even a small change at the last minute.

One question, then, is whether you are accurately and fairly representing someone; another is if you purport to represent other people with a story you tell. In her 2009 TED talk, “The Danger of a Single Story,” author Chimamanda Adichie says that telling only one story about a people or place “creates stereotypes, and the problem with stereotypes is not that they are untrue, but that they are incomplete… When we reject the single story, when we realize there is never a single story about any place, we regain a kind of paradise.” The question for social-change groups is whose and how many stories they want to tell about their cause.

Does the storyteller know what he’s getting into?

When someone tells their story, they become open to criticism, attack, misinterpretation, or even physical harm. They’re also open to good things such as empathy or support or change. Either way, the storyteller is vulnerable.

That’s why it’s important for all involved to give and get “informed consent”—that is, when a person agrees to tell his story with full knowledge of how it will be used and what the known risks are. WITNESS, the international video-for-human-rights organization, has a tip sheet on the elements of informed consent, adapted here to use the language of storytelling:

Ultimately, the decision to tell a story is up to the storyteller; the decision whether to use it rests with the organization. The ethical challenge is how to reconcile the interests and power of each.

What does your audience expect of the story?

The 2009 report Honest Truths: Documentary Filmmakers on Ethical Challenges in Their Work reminds us that storytellers also have a responsibility to their audiences.

In nonfiction stories, audiences reasonably expect that the story will be factually true. Documentarians interviewed for Honest Truths “believed that they were obligated to provide a generally truthful narrative or story, even if some of the means of doing that involved misrepresentation, manipulation, or elision.”

In Honest Truths, filmmaker Ken Burns says he faced the tension between precise accuracy and larger truth in making his film about former Louisiana governor Huey Long. He was trying to decide which of two photographs to use to make the point that Long was often surrounded by bodyguards. One photo showed Long’s typical bodyguards, in street clothes. Another pictured uniformed guards—a one-time moment. Burns used the atypical shot, because it communicated his point more rapidly. “I sacrificed a little bit of accuracy. But did I? It was a perfect ethical conundrum. It made the film better. It did not compromise an ultimate truth.”

Who has power, who benefits and how?

Some groups pay their storytellers, whether it’s an honorarium for their participation or royalties on sales. The latter is the case with the Neighborhood Story Project, which works with high school students and community groups to create books about life in New Orleans.

The organization’s co-director, Abram Himelstein, says, “The people we work with have a fraught relationship with the media. Middle-class reporters go into poor neighborhoods and tell stories about them, and don’t pay, and in fact use those stories to sell advertising and subscriptions. The more incendiary the stories, the more profitable the enterprise. We do the opposite: People tell their own stories, and tell them correctly, and get paid for it.”

Other groups don’t pay. Many documentary filmmakers worry that paying subjects will induce them to craft their story in such a way as to be more satisfying—at the expense of truth. On the other hand, if only people who can afford to take time off work to tell their stories can participate, that creates another kind of bias.

Another question is not just whether your storytellers get paid, but whether they have decision-making power in your group. Are your storytellers just giving their stories over to you, or do they have a say in the priorities of the organization and whose stories will be told? This question concerns your responsibility to the storytellers, but also to your own mission.

What can you do to address these ethical questions?

Inform your storytellers about how their story will be used. Offer a “terms of use” page on a media-sharing website, or explain your own motivations in sharing their story. Have storytellers sign consent forms.

Mitigate the harm your storytellers may come to. That might mean setting ground rules for comments on a blog or Facebook page and deleting comments that are out of bounds. Or it might mean blurring their faces on a video or changing their name and identifying information in a blog post.