“If there is no struggle, there is no progress. Those who profess to favor freedom, and yet depreciate agitation, are men who want crops without plowing up the ground. They want rain without thunder and lightning. They want the ocean without the awful roar of its many waters. This struggle may be a moral one; or it may be a physical one; or it may be both moral and physical; but it must be a struggle.” 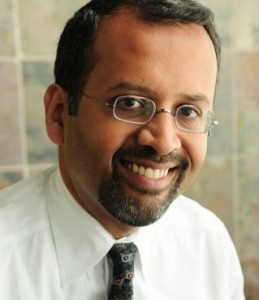 The end of slavery was not the result of a turn of the wheel of fortune, a lucky break that came with the old generation of racists dying off and a visionary president who understood the evil of it. It was the result of a movement that organized and forced government to take action, even at the expense of war.

That movement succeeded in part by telling stories.

Frederick Douglass understood this well. Here was a man who, in his youth, and at his own peril, learned to read and taught others to do so at weekly church services. A man who, after escaping slavery, told his own story in books and speeches to rouse support for abolition.

Through stories, we envision the change we want to make, and we build the power to make it.

At the Center for Community Change Action, we envision an end to poverty. We’ve got a 10-year program to help achieve that goal. We are helping build a movement of, by and for low-income people, so that they are the protagonists of their own stories, the authors of change.

In this campaign against poverty, as in any campaign, the question is whether we are telling good stories: stories that fire the imagination, stories that put hands and feet in motion.

If we don’t tell such stories, the vacuum will surely be filled by someone else. For stories are also being told by the opponents of progress, who would have us build up walls at our borders and tear down the laws that protect our planet, our workforce, and our most vulnerable families.

So let us plow up the ground, let us struggle on. Let the stories we tell be equal to our struggle for justice.

Deepak Bhargava is executive director of the Center for Community Change Action.