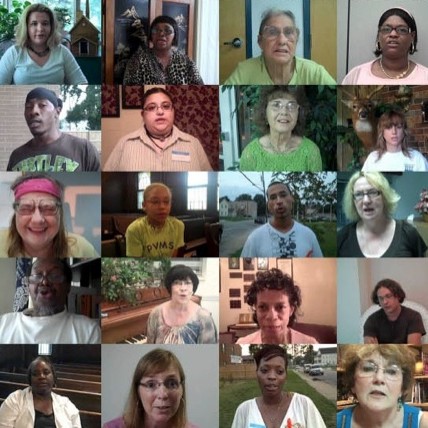 Nation Inside is a community of people dedicated to challenging mass incarceration in the U.S. The name refers to the nation of people inside our nation who are behind bars. Nation Inside is a project of Narrative Arts, and it draws on members’ personal stories and cultures as a basis for building collective power. Nation Inside works with local, state and national campaign partners around the country to connect and support people in the movement challenging mass incarceration. Offerings include:

Each of the dozens of campaigns you see on Nation Inside is independent and has its own goals, but together are building a movement to fight for justice, human rights, and safer communities for all. Campaigns educate and organize on such issues as probation, parole, racial disparities in sentencing, and the pipeline from schoolhouse to jailhouse. All campaigns organize in their own communities, and come together both online and in person to share ideas, experiences, and resources.