How do we reach new audiences? 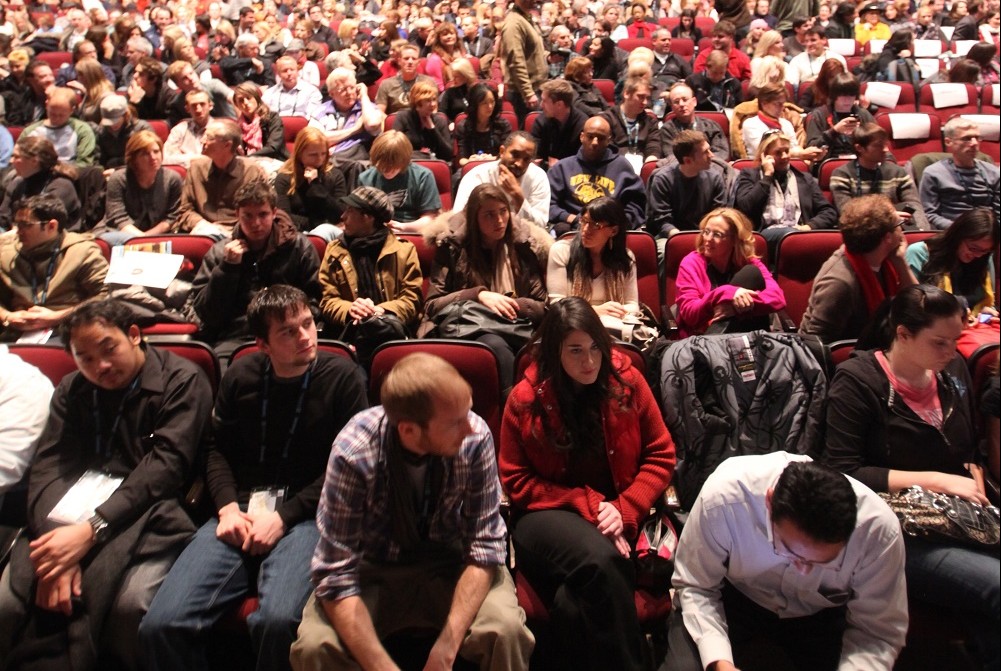 Try “segmenting” your audiences involves a 1-to-5 scale, from active supporters to active opponents. Once you have a sense of who these audiences are, you can begin to create tailored storytelling strategies for them.

One way to grow stronger as an organization is to engage existing backers on a deeper level. The Skoll Foundation developed the concept of a “funnel” of engagement, moving people to progressively greater commitment. First, a person might see a Skoll-funded documentary film on PBS; then she visits the film website and signs up to see the film again at a house party and discuss it with others; then that group might be invited to make a donation to the social enterprise featured in the film or sign a pledge to take further action. Skoll learned that it was important to create a logical progression from one level of commitment to the next. The key is to provide opportunities for people to become more deeply involved, rather than just having them do more of the same. It’s great to have your active supporters sign petitions once a month or give a year-end donation; the trick is to get them to do those same things more often, or to take on bigger commitments.

The 2s: Invite passive supporters to participate by sharing their stories.

It’s the new media paradigm: Instead of the passive TV viewers of an earlier era, we now have engaged web users who can easily comment on news stories, share videos on YouTube, and donate to Kickstarter campaigns to fund social-justice documentaries. And why wouldn’t they? It’s fun to create media and get involved in a cause. Efforts like the It Gets Better Project or the Nation Inside network invite users to upload their own audio, video, or text stories or comment on others’. By contributing stories, people become personally invested in the issue themselves, whether it’s LGBTQ youth suicide or mass incarceration.

The 3s: Use pop culture and shared values to reach people who aren’t yet supportive.

The Harry Potter Alliance redirects fans’ energy to take action on problems that might concern a real-life Harry, like hunger or human rights. And the organization gets coverage in popular media that eludes other groups. (Learn more in the chapter on piggybacking on pop culture.) Shared values are especially important in reaching people who are not fully informed on your issue. For example, in talking about equal opportunity in higher education, tell a story that leads with the shared value of “equal opportunity for all and the importance of diversity in 21st-century education,” and you’ve engaged your audience on a deeper level; if you start by talking about affirmative action or a particular legislative measure, you’re more likely to get audiences arguing with you, zoning out, or getting lost in the policy details.

The 4s: Neutralize the effect of your opposition.

The best you can usually hope for with the passive opposition is that they remain passive, but there can also be a value in you simply showing up. Gay-rights activist and politician Harvey Milk spent much of the last year of his life, 1978, fighting a California state ballot proposition that would have banned gays and lesbians from teaching in schools; he gave speeches and interviews and took part in debates in many places where people were passively, if not actively, opposed to him. Here was a reasonable middle-aged man who had served in the Army and worked on Wall Street; even where he didn’t move people over to his side, he neutralized some opposition simply by sharing his experience and being a real-life gay person who put a face on the issue of gay rights.

The 5s: Leverage your active opponents’ force in your favor.

You’ve got only so much time in a day. Instead of going the probably fruitless route of getting active opponents to change their minds, you can use what organizer Saul Alinsky called “political jiujitsu.” Activist-pranksters Mike Bonanno and Andrew Boyd suggest forcing your opponents into a “decision dilemma” so that “all of their available options play to your advantage. When activist group the Yes Men, impersonating a spokesperson for Dow Chemical, announced on BBC TV that the company was apologizing for the Bhopal disaster and allocating $12 billion to compensate the victims, Dow’s stock plummeted. Dow had to issue a statement saying they were NOT apologizing for the Bhopal disaster and would NOT be compensating the victims.” Score one for truth.

The 1s through the 5s: Spend time trying to reach your target audiences.

If you want people to lay their eyes and ears on your stories, you must dedicate time to sharing those stories. Garth Moore, the U.S. digital director of ONE, suggests following the “40/60 rule” for content: “40 percent of your time should be spent creating content, while the remaining 60 percent should be spent promoting content. Why? Because it’s more fruitful to spend more time marketing a few good stories than it is writing a huge mass of stories.” To do this, he recommends building audiences on diverse social media; focusing on the ones where target audiences spend time; cultivating relationships with influencers, bloggers, and content curators (such as Upworthy or BuzzFeed) to promote content; and taking advantage of paid promotional opportunities on Facebook and Google. Telling stories can be valuable for all sorts of organizations. But that’s only half the story. Working to build an audience for those stories is just as important.