How can we use history? 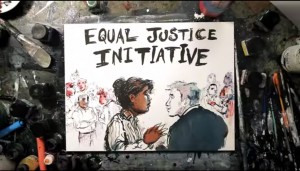 Most every social-change movement has an interpretation—or many interpretations, diverse and contested—of the history that brought us to where we are now.

In the movement to end mass incarceration, for example, Eugene Jarecki’s film The House I Live In sketches the history of the drug war; Michelle Alexander’s book The New Jim Crow draws a line to earlier eras in racial persecution; and the Equal Justice Initiative goes back further still in its short animated video “Slavery to Mass Incarceration.” Members of the Facebook group Historians Confront the Carceral State share resources exploring the root causes of the problem—and how one conceives of “the problem” depends on one’s interpretation of history.

Of all our studies, history is best qualified to reward our research. – Malcolm X

Much like nations, social movements are defined in part by the stories they coalesce around—the histories, the legends, the lore. Members of a movement may see themselves not as a discrete segment of society but as a permeating force that cannot be separated from society at large any more than a wave can be separated from the water.

History can be told in everything from comic books to documentary films to museum exhibitions. Just as the forms of history-telling are many, so are its uses. History helps us draw courage from those who came before us, and connect our struggles to theirs. It affirms the importance of social movements in making change, such as the ACT UP Oral History Project aims to do. History can help societies confront and redress past crimes, such as the cold cases from the Jim Crow era.

History can inform our vision of a just society and inspire us to realize that vision.