What can grantmakers do? 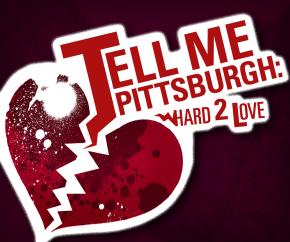 Storytelling can be a part of any grantmaker’s portfolio and strategy. Here we look at how grantmakers can explore narrative strategies; engage with applicants and grantees; and evaluate programs in such a way as to generate valuable learning.

Talk with current grantees. Where to begin with funding storytelling? One grantmaker suggests starting right in your back yard. “Ask your grantees,” says Taryn Higashi of Unbound Philanthropy, “because some of them may already be using storytelling and can help grantmakers understand.”

Make experimental grants. “You don’t necessarily need a complete theory of change to get started,” says a grantmaker who works on public-policy reform. “I’ve made some small experimental grants to media and storytelling projects. Even if some of the grants didn’t turn out to be very high impact, they answered some questions I had about strategy.”

Integrate storytelling from the start. “For some people, storytelling and other art forms are an afterthought,” says Denise Brown of the Leeway Foundation. “They might need a poster for their rally or a performer for their show.” Those are legitimate needs, but Brown adds: “My question is, ‘What would it be like to have a storyteller in the room when setting the agenda?’”

Solicit stories in guidelines. Application guidelines might call for stories as another way to inform grantmaking decisions. The Leeway Foundation, which funds women and trans* artists committed to social change, does just that. “We don’t ask grant applicants for a résumé,” says executive director Denise Brown. “Instead, we ask them to tell stories about up to 10 experiences that were transformational for them. Applicants rarely write about jobs, but instead they might tell stories about a trip, or their childhood, or maybe their first experience of racism. I’m always humbled by how much people share.”

“Simply presenting the ‘evidence’ will not bring about change. You first have to make people care about the problem. And that is what storytelling does.” —Brett Davidson, Open Society Foundations

Consider your type of engagement. As described in another chapter of this guide, the four pillars of stories-for-change work are research, training and convening, storytelling, and infrastructure. Consider your goals and your strengths as a grantmaker to decide what pillars to support with financial or other resources.

Deploy the foundation’s communications staff. It’s not just grantees but also grantmakers who can tell stories to advance their missions. The Pittsburgh Foundation, a community foundation, uses storytelling to support grantees and to engage donors and the broader community. The foundation ponied up for flip-cams and storytelling workshops so that grantees could tell their own stories; those stories needed a distribution platform, so the foundation sponsored an online nonprofit news magazine. They also wanted to take the pulse of the community they were serving, so they organized live storytelling events called Tell Me Pittsburgh, on themes including struggle and hope. The foundation also collects donor stories, which it then puts in ads in newspapers, bus shelters, and elsewhere.

Identify where the impact can be observed. Interviewees for this guide offer a word of caution: It is difficult, even impossible, for grantees to conclusively answer broad questions about their impact, such as “How has the zeitgeist on criminal justice changed because of your film?” Instead, grantmakers might identify more specifically where impact can be observed.

Have grantees answer a narrative-strategy question. Many grantmakers are understandably concerned about overwhelming their grantees with data-collection requirements; however, such requirements might be less burdensome if they prompted the grantee to generate useful data for themselves, the grantmaker, and the field. For this reason, grant-application guidelines could call for applicants to state a question about strategy or tactics that they will address over the life of their project. The results could be published on grantmakers’ websites, adding to collective knowledge for the field.